With the Premier League up and running after a three month lay-off due to the Covid-19 pandemic, Liverpool fans are hoping they won’t be kept waiting too much longer to see the Reds lift their first league title in 30-years. Jurgen Klopp’s team resume business against Everton at Goodison Park on Sunday, needing just six more points to seal the deal. Counting down from fifth to top spot, MAX RUDD picks his top five moments from what has been a truly memorable, record-breaking campaign to date.

With just five minutes left on the clock, and Liverpool staring right down the barrel at their first defeat of the season, Jurgen Klopp turned to Adam Lallana to salvage something from the game.

The 31-year-old didn’t disappoint, arriving at the back post to tap home yet another Andy Robertson assist to retain Liverpool’s unbeaten start to the campaign. Liverpool had a rare off day at Old Trafford and squandered a number of chances, making this late equaliser feel like a winner.

Liverpool were fast out of the blocks when they welcomed City to Anfield on matchday 12.

Fabinho is typically recognised for his superb work in preventing goals, but it was down the other end of the field where the Brazilian made an impact here. He opened the scoring inside six minutes with a 30-yard pile-driver that left Claudio Bravo with no chance. That set the ball rolling for The Reds as they went on to defeat their title rivals 3-1.

Liverpool were 1-0 down with 10 minutes left. For most of the afternoon they had dominated proceedings with over 70 per cent possession, but were struggling to find a way past Tom Heaton in the Villa goal. That was until Andy Robertson headed home Sadio Mane’s cross in the 87th minute and then the number 10 popped up deep into additional time to complete the turnaround and snatch all three points for Jurgen Klopp’s men.

2. The Kids beating Everton in the FA Cup

Curtis Jones earned hero status on The Kop here as the 18-year-old Toxteth born midfielder curled home arguably Liverpool’s goal of the season and sent The Reds through to the fourth round.

It wasn’t just the goal that was impressive, it was the maturity and the performance of every single Liverpool player on the field that night. The team’s average age was 24, and even after losing experienced skipper James Milner to an early injury, Liverpool bossed proceedings against their neighbours and made the fans realise the future really is bright.

With Manchester United pushing for a late equaliser and attempting to disrupt Liverpool’s title charge with just one minute of additional time remaining, rather than holding on to the ball and running the clock down, Alisson Becker had other ideas. His quick thinking 70-yard kick released Salah through on goal, the Egyptian shrugging off Daniel James in the process and calmly slotting through David De Gea’s legs in front of the Kop. 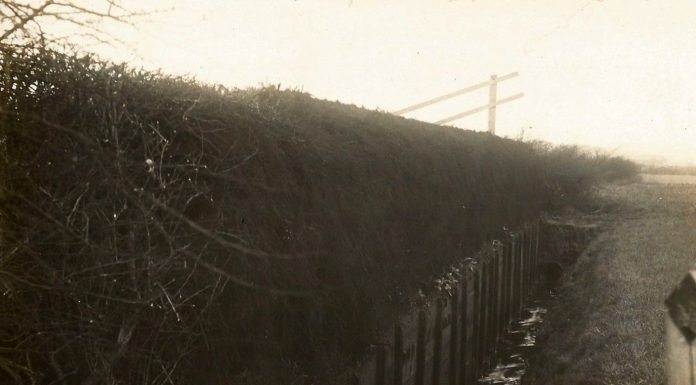 What happened the last time a Football League season was cancelled?

Merseyside referee reveals his journey in light of “abuse” against officials

Grand National Cancelled – What is it like for fans at the festival?