Liverpool will travel to the newly-built Brentford Community Stadium tomorrow (Sept 25) as they face The Bees for the first time in the league since 1947.

The newly-promoted side have secured eight points in their first five games since returning to top-flight football, while The Reds have 13 and are joint top with Chelsea.

After already beating Arsenal and Wolves in the Premier League this season, Thomas Frank’s side will come into the game full of confidence after putting seven past Oldham Athletic in the Carabao Cup on Tuesday.

In today’s pre-match press conference, Jurgen Klopp said he was expecting a “really interesting game” between the two sides.

On Brentford’s addition to the Premier League, the German said: “It’s absolutely great!

“The football they play is incredible.

“The organisation they have is incredible.

“Thomas and Brentford are both doing a brilliant job.”

He also expressed how he sees similarities between Brentford and from his time as the manager of Mainz.

Liverpool will be without Naby Keita who was substituted off in The Reds’ Carabao cup victory over Norwich, as well as Thiago Alcantara who is recovering from a calf injury.

When asked about the injury to the Spanish midfielder and when he could return, Klopp said: “After the international break, I don’t think anything earlier is possible.”

Takumi Minamino scored two goals in The Reds’ midweek victory, and Klopp added: “He is a really outstanding talent.

“You need to get used to the Premier League, that’s just how it is.

“Since he came back(from Southampton) he is a completely different player.”

It has recently been announced that safe-standing has been approved to return to stadiums in England.

When asked for his thoughts on it, Klopp said: “Football is about atmosphere.

“I like the idea, but I’m really excited how much better the atmosphere could be at Anfield.

“I would be really surprised if it could be even better but I’m hopeful for that.” 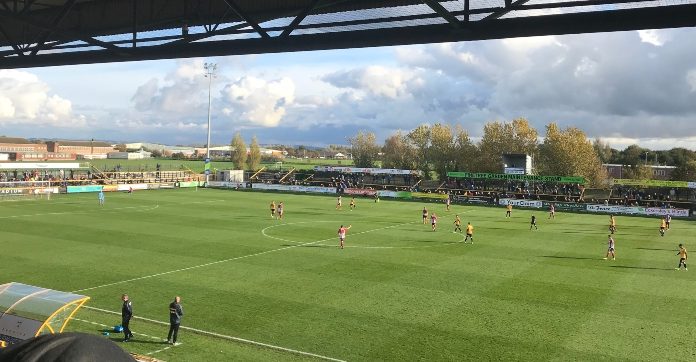 Everton legends in attendance as 5K run gets underway

OPINION | Why Esports ARE a real sport

Everton fan to run half marathon for Foodbank