Bootle came into the game coming off a couple of impressive wins, including a 5-0 win over 1874 Northwich and penalty shootout victory over Trafford in the FA Trophy.

Meanwhile, Cables have suffered a string of losses and would have hoped to have turned things around today.

Spectators at the Berry Street Garage Stadium witnessed a dull and quiet first half with neither side causing any real threat or looking likely to score.

It seemed as if Bootle’s game plan was to play long balls into the Cables half and pile on the pressure, but this was to no avail.

Perhaps the best chance of the half came from Will Bell who had an open header from a corner, but he failed to hit the target.

It was a different story in the second half as it only took three minutes for the hosts to finally break the deadlock.

Matty Hamilton slotted the ball into the net after a mound of bodies scuffled over the ball in the Cables box, leaving the number 10 to capitalize on the ball.

There was a glimmer of hope for Cables as they began to look like they were finally coming into the game.

Taylor Brickell fired a free-kick just over the bar after Bootle keeper Ryan Jones tipped the ball out for a corner.

Any hopes for a Cables equalizer were hit after Bootle extended their lead through Tom Peterson.

Peterson rose high to meet the ball with his head and coolly finish past Cables keeper Allen.

Bootle continued to pile on the misery for Cables with a barrage of chances.

Peterson continued to spearhead the attack and looked to inspire his side on their way to more goals.

The impressive link-up play between Peterson and Ben Hodkinson was proving to be a challenge for the Cables backline.

Hamilton thought he had secured Bootle’s third after his shot hit the bar and hovered over the line, but it was quickly cleared by Cables keeper Allen.

The game slipped further out of reach for Cables after Lewis Buckley suffered a concussion injury and had to leave the field.

Cables could not replace him as they had used all of their subs.

In the 90th minute, Michael Carberry put the game to bed and sealed the three points for his side after a powerful strike past Allen into the top right corner.

Next up for Bootle is a trip to Colne, while Cables will play host to 1874 Northwich. 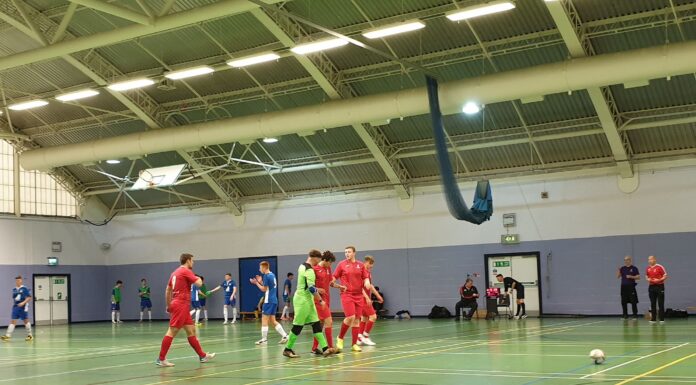 Pressure on Everton boss Benitez to deliver at Wolves

MerseySportLive Podcast #2: Are Liverpool in a crisis?

Liverpool’s first title in 30 years – does it “mean more” than any other?